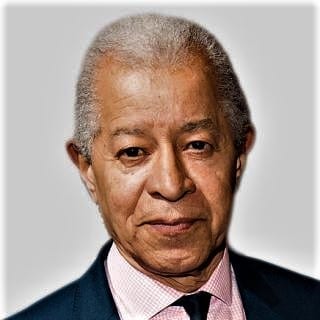 Lord Herman G. Ouseley has had an eminent careers in local government and in the promotion of better race relations. He was appointed as the first Principal Race Relations Advisor in Local Government, and served as Head of the Greater London Council's Ethnic Minority Unit.

He later became Chief Executive of the London Borough of Lambeth and the former Inner London Education Authority (the first Black person to hold this office) responsible for over 1000 schools and colleges across the capital. In 1993, he became the Chairman and CEO of the Commission for Racial Equality until 2000. He is widely credited with having restored the CRE's flagging credibility.

In 1993, he set up a project to tackle racism in football known as Kick It Out, and served as its chairman until 2019. KIO is the internationally acclaimed campaign to make football free from discrimination and abuse and to be more inclusive of people of all ethnic backgrounds.

In 2005 he became a self-employed management consultant undertaking reviews of organisations' performance and assignments in pursuit of equality and diversity outcomes.

He was knighted in 1997 for his services to Local Government and community relations; and in 2001 he was made a life peer as Baron Ouseley of Peckham Rye in the London Borough of Southwark. He was also listed in the 100 Great Black Britons. He became a patron of Reach Society in 2012. 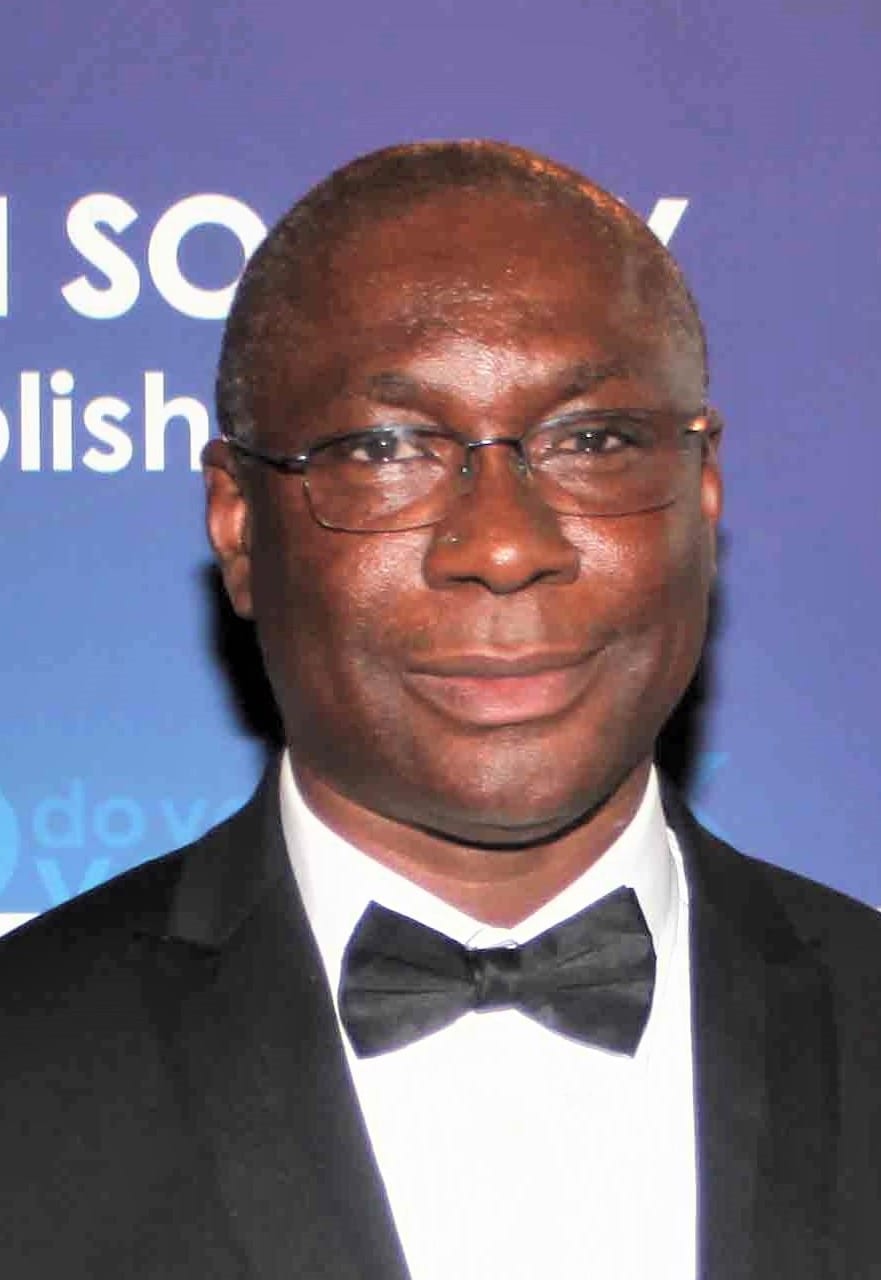 He worked as a project manager in Liberia for the United Nations for 8 years in the mid-1970s on a project called “Self-help Village Development Programme” which is aimed at helping rural residents to acquire life skills and alleviate poverty.

Consequently, in 2002 he set up Alpha BSE Training (formally known as Euro Bright) which delivered construction and engineering training programmes to more than two hundred students a day. Thousands of local residents, in boroughs east of London, have benefited from these training programmes which have helped them to gain employment and transform their lives. He is a patron of Reach Society. 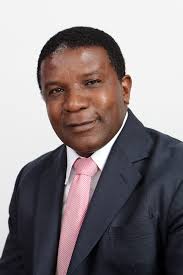 Trevor Williams has a BA honours degree and a Masters in Economics; and is a member of the Institute of Economic Affairs, IEA.

Trevor joined Lloyds Banking Group after working as an economist for the UK Civil Service. Prior to that, he was employed as a lecturer whilst studying for a doctorate.

Trevor is a Visiting Professor at the University of Derby. He lectures occasionally at various universities including Cardiff, Birmingham and Manchester. As Chief Economist at Lloyds Bank Wholesale Banking & Markets, he leads a team that primarily supports the Bank's trading and sales activities.

Trevor is on the editorial board of Economia and the Journal of Corporate Treasury Management. He is also on the committee of the Financial Statistics User Group.

He writes for various Lloyds Bank publications and for other outlets including Moneyfacts, has written a weekly article in City AM (for one year), a business column in the Sunday Express newspaper, (for a year), Real Finance and numerous other articles in trade journals. He appears on television and in the financial press representing the Bank's economic views. 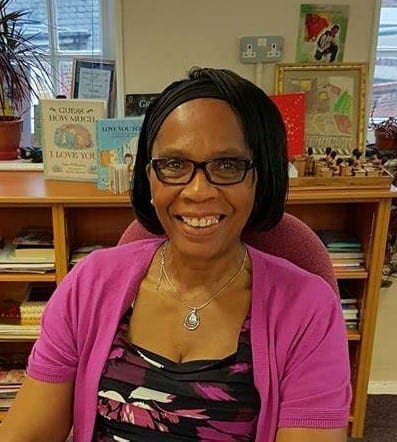 Marva Rollins retired from the role of executive head teacher in August 2019 after almost 25 years of leading primary schools in two inner city boroughs in London. She has been the recipient of three awards which recognised her contribution to education and the community: an honorary degree from the College of Teachers; the Windrush Education Champions; and an OBE for her contribution to education in January 2017.

In 2009 the Evening Standard named her as one of the 1000 most influential people in London; and in 2011 she was featured in the Metro’s top 50 Black Heroes. Marva is the director of Rollins Education Consultancy Ltd which aims to support and strengthen the leadership in schools by helping future leaders to prepare for the senior leadership interview process, confidence building, coaching and mentoring.

Marva has served the community for almost 40 years, and is a founder member of community groups such as the Sickle Cell Society, the East London Black Women Organisation (ELBWO) and the Newham African Caribbean Centre. She is currently a trustee of the Success Club a charity which works with students, in schools and the community, on motivation and mindfulness.

Marva has played a key role in increasing the percentage of Black and minority ethnic (or BME) educators by being one of the lead facilitators on two key programmes for these teachers: Investing in Diversity and Equal Access to Promotion. Both programmes have empowered many BME teachers to enhance their skills and knowledge, challenge the status quo, and achieve their aims.

Marva is a passionate supporter of Reach Society, a social enterprise, at the forefront of inspiring Black young people by giving them access to a wider range of professionals, entrepreneurs and leaders in the Black community. She is the mother of 3 adult sons and a grandmother. Sojourner Truth (an African American emancipation pioneer) is one of her role models; and she considers the Special Olympics motto: “Lord Let me win but if I cannot win let me be brave in the attempt” one that we can all learn from. 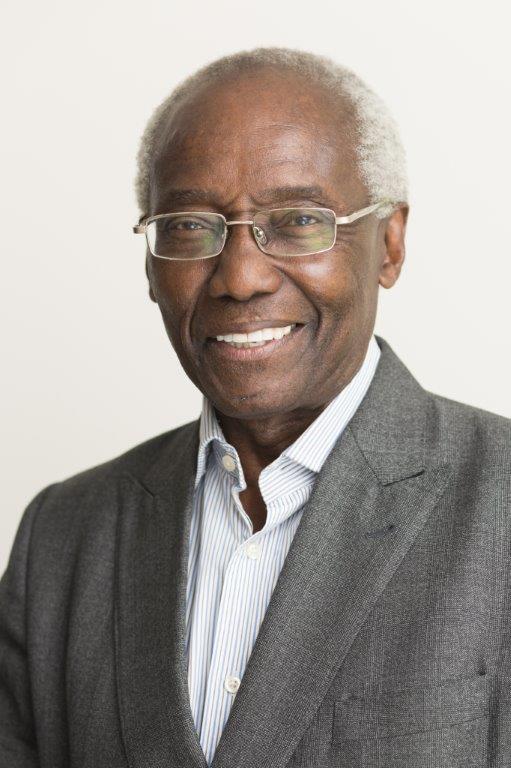 Sir Godfrey, also known as Geoff, is Professor Emeritus in the School of Life Sciences at Heriot-Watt University in Edinburgh, Scotland. He was born in St. Elizabeth, Jamaica but grew up in Allman Town, Kingston before migrating to London to join his mother at the age of 14 to help her by working in a local grocery shop in Islington in 1955. However, he was not allowed to work because he was below the school-leaving age of 15 years. Overcoming early educational challenges of being assessed as “educationally subnormal” at school in London, and despite other difficulties, he completed school at Highbury County, London in 1958. He excelled at cricket as a member of the prestigious London School Boys’ Cricket team, having learnt his cricketing skills at Race Course, Kingston, Jamaica. After leaving school in 1958, Sir Godfrey secured a job at Queen Elizabeth College as a junior technician.

However, the only suitable job offered was to peel potatoes in Beales restaurant at Nags Head in North London. He worked there for about six months. He applied for a joint PhD in grain science and technology at Heriot-Watt College and Edinburgh University. He started his PhD in 1965 and completed it in 1967 and then worked as a Post-Doctoral Fellowship at the Heriot Watt University from 1967 to 1968. His supervisors were Professor Anna MacLeod at the Heriot Watt University and Sir Edmund Hurst at Edinburgh University.

In 1968 he began his research work at the Brewing Research Foundation in Surrey, England where he worked on the science and technology of barley from 1968 to 1977. There he discovered the Barley Abrasion Process (1969) and was the first to use the Scanning Electron Microscope to study malt production in detail. The Abrasion process was patented and used by the British Brewing Industry. He was employed by the Heriot Watt University as a lecturer in 1977. In 1989 he designed, edited and contributed to his textbook, entitled Cereal Science and Technology. In 1991 Sir Geoff gained his Professorship and served in Japan as Visiting Professor at Kyoto University.

In addition to his active involvement in the science and technology of cereal grain research, Sir Geoff found it possible to help to secure better education opportunities for Black and minority ethnic children in the early 1970s by writing a series of articles for the Times Educational Supplement, explaining the educational needs of these children. Professor Sir Geoff Palmer’s important Life Scientific interview by the BBC, Radio 4, in August 2015 gives some examples of the difficulties he had to over-come to succeed.

During his working life Sir Geoff has travelled and lectured worldwide and was instrumental in the development of the Tropical cereal sorghum, as brewing material and food in Africa, making various trips to Nigeria, Kenya, Zimbabwe and South Africa. He helped to secure the first export of British barley to China and has lectured on barley, malt and cereal grains in many countries such as Canada, the United States, Brazil, Jamaica, St Lucia, India and most European countries.

On his retirement in 2005 he was made Emeritus Professor of the Heriot-Watt University. He has accepted Honorary Doctorates from a number of Universities including two from Universities in Jamaica. He is a Fellow of various institutions such as the Royal Society of Medicine. Sir Geoff is currently a Fellow of the Institute of Brewing in London, one of the first Fellows to be elected. He donated his certificate to the Red Stripe Brewery in Kingston, Jamaica. He is a Freeman of Midlothian County, Scotland and he was given the Good Citizen Award of Edinburgh, Scotland for his work on race relations. He is also a Black Enterprise Champion award winner.

Sir Geoff is still actively involved in science and technology and has recently (2015/2016) completed chapters for books on Distilled Beverage and Barley and Malt. He is the author of a book on race relations: Mr White and the Ravens and a book on Caribbean (Jamaican/Scottish) history: The Enlightenment Abolished. He is a past Visitor (and Chairman) of the Incorporation of Maltmen of Glasgow, Scotland an old charitable organisation.

Professor Sir Geoff Palmer is actively engaged in charitable work in the community and continues to work to help deprived children on a charitable basis. He is Honorary President of Edinburgh and Lothians Regional Equality Council and Birmingham’s Association of Jamaicans. He was a prison visitor for many years and is on the Board of Sacro, an organisation that works to reduce offending. As a Board member of the Citizen Advice Bureau and Hanover Housing for older people he works to help a wide range of people in the community. However, he also continues to support his past Church and School at North Street/Princess Street in Kingston.

In 1998, Sir Godfrey was the fourth person (and at the time the only person in Europe) to be awarded The Distinguished American Award for his research on cereals, regarded in the industry as its ‘Noble Prize’ Award. In 2003 he obtained the OBE (Order of the British Empire) for scientific and charitable work. He was awarded a Knighthood in the New Year’s Honours list of the United Kingdom in 2014 for his work in science, human rights and charity. Sir Geoff is also a patron of Reach Society.